Crime Revolt Online Shooter is an online multiplayer FPS where you can face off against other online players. You can play either in teams, one team being a group of terrorists, the other being police, or in deathmatch, where each player is for himself. Crime Revolt Online Shooter controls are typical of this genre, with the d-pad on the left side of the screen and the action buttons on the right side. You aim automatically so you just need to concentrate on exactly firing your weapon. You’ll find a decent range of weapons available in Crime Revolt Online Shooter including different styles of assault rifles, sniper rifles, handguns, and shotguns. Plus you start with two grenades each round. At the right time , a good grenade throw, and you’ll get rid of several enemies at once.

This shooter was specially made for people who just like free shooting games. It’s a perfect opportunity to feel like a real soldier with guns and other stuff, or like a sniper who’s trying to stop a huge blast. This multiplayer shooter also has one essential aspect-every battle you ‘re in is from the first person. What’s more, the 3D FPS games allow you to play against gamers worldwide. There are several different modern weapons, and you can use them to deal with bad guys in different ways. Guide your wrath in the right direction. Equipment includes numerous items such as helmets, masks, weapons, and sets. 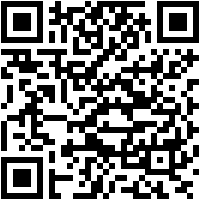 Download Crime Revolt Game file from Downloading button below and enjoy this game.