Dark Prison Game is a like Dark Souls or The Surge 3D action game. This time, you’re going to step into a prisoner’s shoes trapped in a city prison, who’s daughter was kidnapped by a band of mercenaries called ‘The Apostles.’ It’s up to you to rescue her before it’s too late. Breakout-Dark Prison has simple controls: on the left of the screen, there is a virtual joystick to control your character and on the right, buttons to attack, dodge or target your weapon. A button that you can tap to use potions (similar to the Estus Flasks of the Souls series) is also on the right side but located a bit higher on the screen.

As you complete missions, you’ll gain experience and items you can use to enhance your character and team stats. Breakout-Dark Prison has dozens of armour-pieces, helmets, amulets, and of course all kinds of weapons, including swords, hammers, axes, and spears that you can find and equip on the way. Breakout – Dark Prison is a 3D action game that adapts Dark Souls’ thrilling concept to Android devices, with shorter levels -but just as entertaining-. As if that wasn’t enough, there are some great graphics in this game too. 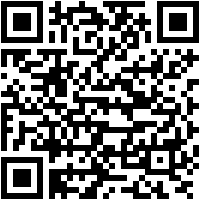 It’s not uncommon to see an undead mutant charging you with a rusted iron blade or other monsters and zombies lurking inside the Dark Prison. To rescue your daughter, you have to learn how to develop your skills, craft weapons, be smart about resource allocation and survive all the boss battles. Download Dark Prison Game file from Downloading button below and enjoy this game.