In the game Incredible City Monster Hero Survival we introduce the new action and thrill. Where you’ll play the part of an epic monster hero in both the urban and jungle areas. Grand city gangsters are damaging the city’s glory, you only have the power to save the people from the criminals and the thieves.

Beat the wild elephant, lion and angry gorilla jungle animals in this big game of green monsters. Incredible City Monster Hero Survival game designed exclusively for the lovers of superheroes and monster hero games. Drive luxury cars and chase both the drug cartels and the violent gangsters. Smash the helicopter of battle with your strong jumping skills. 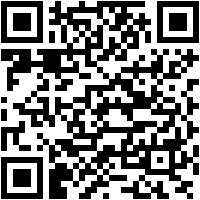 Become the grand city’s protector, and use your strong abilities to save innocent people from the robbers’ curse. Amazing 3D city and dark forest world made this big hunk monster addictive and fascinating surviving game. Defeat your enemies and gain more points so you can unlock the other monster hero with ease.