Project War Mobile is a game that combines gameplay in one experience from very different genres: MMORPG and third-person shooter. Not only that but it is set on the verge of collapse in a post-apocalyptic world plagued by zombies and enemy factions. The controls of Project War Mobile are similar to most shooting games: simply use your left thumb to move your character, and your right thumb to fire. Action buttons used to aim, take cover, adjust arms or reload are also on the right hand side of the screen. However if you don’t have the default controls working for you, you can modify them from the Options menu.

An interesting feature of Project War Mobile is its safe zone, where you can interact, customize your character and accept missions with other players. You can’t attack or fire on other players in the save zone. That being said, you can travel to other maps where you can compete against zombies or other players in exciting battles. Project War Mobile skilfully blends the shooters’ fast-paced action with MMORPG’s social component. The game also has excellent graphics and tons of customization choices for your character, including hundreds of different helmets, bulletproof waistcoats, arms, and armor. 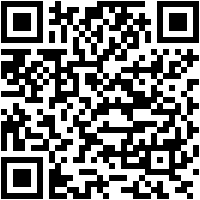